"During the spring/summer of 2015, I really enjoyed the in-game tweets coming from the @Twins Twitter account, lots of insight to the game within the game. I've recently met Heather and learned she was the social media writer behind those tweets. How cool to meet the person who was doing the writing you enjoyed. I've started following her personal Twitter account, @hlrule, for sports related tweets regarding the Wild, Twins, and other topics. Give her a follow. Her insights are great and I would recommend her highly."

"She works incredibly hard at accuracy and objectivity..." 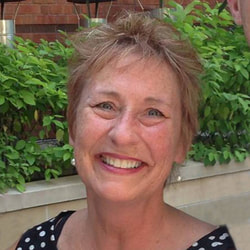 "Heather is one of the most determined reporters I know. She works incredibly hard at accuracy and objectivity, and tries to answer questions before readers ask them. I watched as she pursued holding city officials accountable after a violation of the Open Meeting law in Austin, Minn. Though they denied it — and went so far as to try to 'bully' her into backing down — Heather was right, and she succeeded in changing the way they operated."
​
-Kay Fate, former Post-Bulletin reporter

"I would brag about my press, and Heather was one of them." 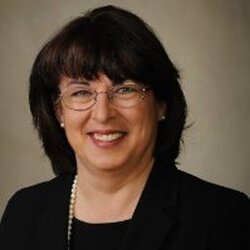 "I was a city council member on the Austin City Council when Heather worked for the Austin Post-Bulletin. One of her responsibilities was to report on the city government meetings and happenings. The meetings were sometimes controversial, and I always wondered how she was going to report on the issues from the meeting. The next day I would read her articles and was amazed at how she would pull things together in an unbiased and accurate way. Never did I ask: "Where did that come from?"

When I would attend statewide city conferences, most city officials would complain about their press. I would brag about my press, and Heather was one of them. I continue to follow Heather because I know that she will be a valuable reporter for another organization."

"... a skilled, versatile and hard-working performer."

"Multi-talented is the term that comes to mind when I think about Heather. Having long been exposed to her work via social media, I finally had the pleasure of meeting Heather in January of 2015. It became clear right away that Heather would be an ideal freelance hire and she has proven to be just that ever since. From game coverage to feature writing to social media, Heather is a skilled, versatile and hard-working performer. Above all, the editor in me is impressed with Heather’s ability to repeatedly deliver clean, professionally-written copy while meeting or exceeding deadlines.

On top of that, she’s an auto racing aficionado, so what’s not to like? Heather’s strong writing abilities and social media skills would make a true asset for anyone seeking those qualities and she comes with my heartfelt recommendation."
​
-Brian Halverson, executive editor at Minnesota Hockey Magazine

"She asks good questions and does her homework​." 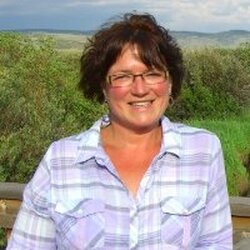 "Being a reporter - covering government news - is not easy in a small town. Heather does a good job of covering this news in a balanced way. She asks good questions and does her homework/background before calling for the interview."
​
-Jean Bowman, executive director at Fergus Falls Convention and Visitors Bureau

"Heather wrote for our community's 'Progress 2014' publication and did an outstanding job. She asked great questions and was very detailed when she wrote down the information from our conversations. She also listened to every word we discussed and was an extremely professional journalist."
​
-Tim Molter, Calvary Chapel, Fergus Falls
Return to top

"Heather did a great job and was very dependable in her time as a sports copy aide here at the Star Tribune. She is suited to a variety of different tasks and can be trusted with all of them."
​
-Michael Rand, Star Tribune

"... a very quick learner who pays great attention to detail." 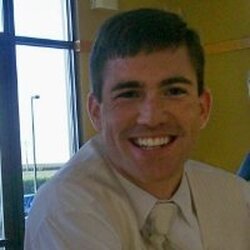 "Her work ethic was exemplary and she successfully completed projects ahead of schedule with such consistency that people developed the habit of going to her with more and more additional tasks. No matter how many projects were thrown her way, Heather always completed them, without complaint, at an extremely high level. She is a very quick learner who pays great attention to detail."
​
-Tony Capecchi, managed Heather at North American Membership Group

"... the thing that really stuck out about her was her passion."

"It’s rare you come across someone as genuine as Heather. We worked side by side as commentators for St. Thomas hockey games through MSBN. Heather was always very well prepared and professional, but the thing that really stuck out about her was her passion. It always made me work a little bit harder, and I was always grateful for that. Heather’s commitment and hard work would a great addition to any company."

"She took initiative to improve her writers' skills... "

"Heather was an exceptional sports editor at The Aquin, dedicating herself to the job and ensuring quality on the pages. She tracked all of St. Thomas' teams and had story ideas ready to go every week. She took initiative to improve her writers' skills by pointing out common mistakes and suggesting improvements."

"She will be an asset to any employer in the business."

"Heather was a dedicated journalism student who worked hard to succeed the classroom and at the student newspaper. She put in the extra hours required to work to be the best. Also, I always appreciated the fact that she was willing to try new things. She will be an asset to any employer in the business."
​
-Mark Neuzil, taught Heather at the University of St. Thomas
Return to top