I had the opportunity to branch out from the traditional sports reporting and writing by doing something else: Writing children's books. I worked with an editor at Red Line Editorial, a colleague who pitched the ideas for the series to me. These non-fiction book series, geared toward children in elementary or middle school, have a few books within them. From the titles provided, I chose which ones I wanted to write about. The work consisted of book and internet research, breaking it up into chapters based on the topic and people involved.

Most of the books were published through Abdo Publishing and are available for purchase in a hardcover format. You can also check out the list of books on Goodreads.com.
Women in Sports Media - pub. September 2017

From the Women in Sports series, readers can learn about the women who earn their living as sports journalists, bringing sports information to their viewers, readers and listeners.
​
Women in the Olympics - pub. September 2017

From the Women in Sports series, readers will learn more about the accomplishments of the greatest female Olympic athletes.
​
Sports' Greatest Turnarounds - pub. December 2017

From The Wide World of Sports series, learn more about the biggest turnarounds in sports' history. This includes everything from the 1991 Minnesota Twins to the Miracle Mets. 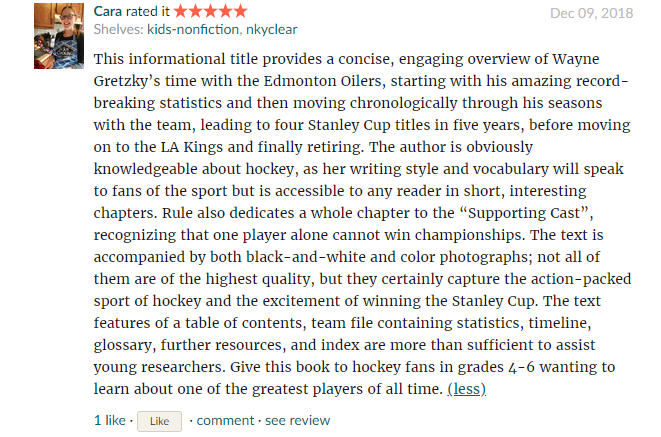 From the Underdog Sports Stories series, this title introduces fans to the best underdog stories in college basketball history. It features highlights and characters involved in their greatest moments.

This book is from the Sports' Wildest Upsets Series. At the Olympics, the best athletes in the world compete for the gold medal. No matter the event, there are sure to be surprising moments. Someone who has never placed first can soar past the competition to win the top prize. Learn about the biggest upsets in the history of the Olympic Games!
​
More books coming soon!
Return to top